I learned about TheBrain (yes, AllOneWord) fairly early on in 1998, while it was still in version 1 Beta, and gave Natrificial some enthusiastic feedback. Some of the ideas made it into the product, though I don't imagine I was the only person suggesting them. (It's now called PersonalBrain, btw, and the company is now TheBrain Technologies LP.)

I used this for a year actively, another year less often, and another year just occasionally when I had specific things to look up. I had a lot of personal information in there, some client projects and some business planning ideas. 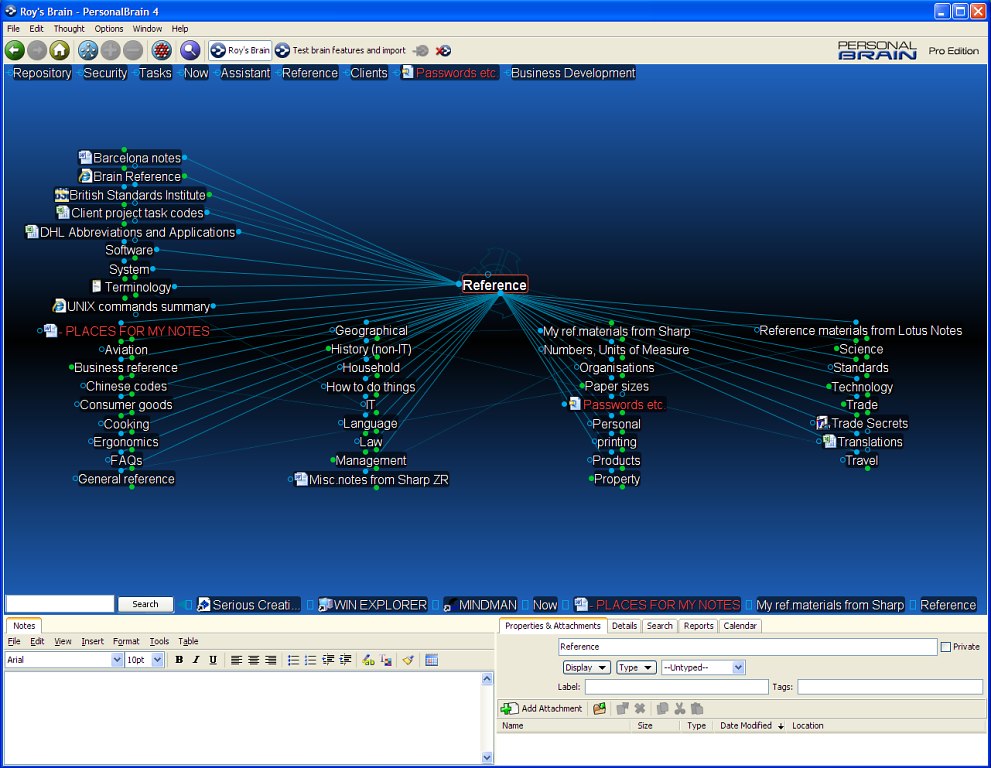 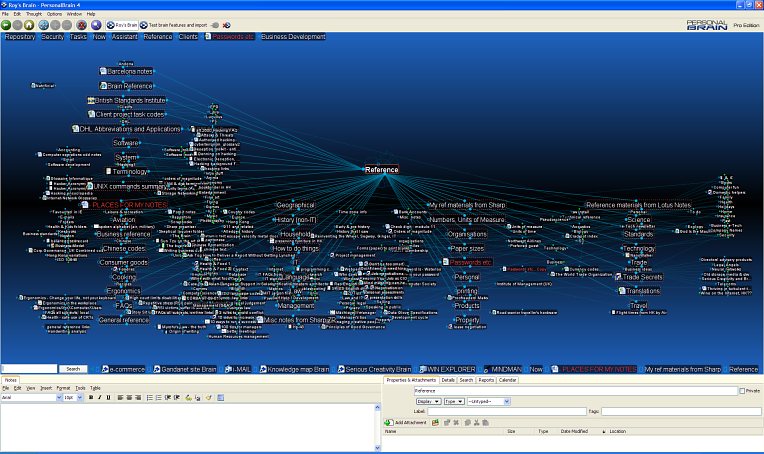